Robert Alexander Nortmann is a Bahamian-Canadian-German professional basketball player and coach. Standing at 6’8 (203 cm) and weighing 235 lbs (107 kg), Robert is a versatile player who can play both the forward or center position.

Robert was born in Nassau, Bahamas on December 8th, 1987. He was born to a Bahamian mother and a German-Canadian father. Robert’s father grew up in The Beaches area of Toronto, Canada and he relocated his family there in 2001. Robert attended Malvern Collegiate Institute and at the age of 15, Robert grew from 5’11 to 6’4. He was then pushed by his friends to try his luck at basketball. He decided to attend a tryout for the Malvern Black Knights and played for 3 seasons with their basketball team. Robert played basketball casually during this time, gaining direction from volunteer basketball coach Steve Thomas. He also developed his love for the game by coaching youth basketball at Beaches Rec Center and playing at different parks and community centers across Toronto.

At age 18 during his senior year of high school, Robert’s height, ball handling skills and athleticism were noticed by a grassroots basketball coach named John Clara. Robert trained and played for Clara’s AAU program, the Scadding Court Ball-Hawks. During an AAU practice, Robert learned about a new post-grad prep basketball program at Canadian basketball powerhouse Eastern Commerce, which was run by current Canadian National Team coaches Roy Rana and Greg Francis.  Robert realized that this was a chance to play basketball at a high level and he went to Eastern Commerce to ask for an opportunity.  Coach Rana invited Robert to attend spring and summer workouts for the program. At that point, Robert decided to truly commit himself to the game and attended every workout. Robert was selected for Eastern Commerce Prep and was now on Canada’s elite youth basketball circuit. Robert was then invited to workouts with Canada’s Junior National basketball team and to elite prospect scouting camps. Robert developed his skills and continued to grow physically, reaching 6’7 and 195 lbs at Eastern Commerce Prep. Through this experience, Robert earned scholarship offers from several Canadian and US colleges and universities. Robert eventually decided to accept a scholarship to Dalhousie University in Halifax, Canada.  Robert and his EC Prep coaches felt that Dalhousie was the best place for Robert’s future academic and athletic development. 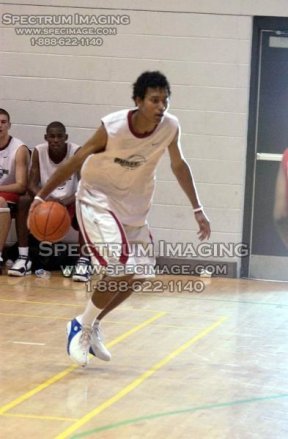 Robert spent his five year varsity student-athlete career (’08-’12) at Dalhousie University learning the game under the tutelage of prominent Canadian coaches John Campbell and Dave Nutbrown. While playing and studying at Dal, Robert volunteered with a weekly program for at risk youth, supervised campus intramural programs, and coached Dal basketball camps. Robert also focused extensively on his  basketball development during his time at Dal. In his freshman year, Robert only played a total of 9 minutes. Through hard work and dedication, Robert developed into a conference All-Star his senior year, averaging 14.6 points and 6.4 rebounds. Robert had a winning mentality his entire career at Dal, increasing his role every season. He played a key role on teams that made the post season every year and won the conference title in 2009 and 2011. In 2012 Robert earned a BA in History, concluding his time at Dalhousie University.

Upon graduation, Robert attended the national NBA D-League tryout in New York where he earned an NBA D-League Draft contract. However, last minute visa issues made him ineligible for the draft. Robert then decided to take an offer to play basketball in Australia. Robert played his rookie season of professional basketball for the Maitland Mustangs in the Waratah Championship League. Where he averaged 18.1 ppg and 8.7 rpg in 18 games with the Australian club.

Robert has spent the last 7 years traveling around the world playing professional basketball and coaching youth basketball. The game has taken Robert to 5 different continents! For more information on Rob’s professional journey, check out his basketball resume, coaching history and his social media profiles.